Photographers travel around the world and plan months ahead of time to capture special images that only happen at that place and that particular time.
Some times after great planning and expense the weather ruins it.
Seeing some of the great pics of FB pals, I am guessing they might be into capturing a sunrise coming up directly behind Mt. Pleasant.
*  What is the weather forcast for that morning
*  Where is a place with no obsticals in the view.
*  If taking a video, what cars or people will be passing in front of the camera.
*  One of our best spots are in the fairground parking lot by broad street (the county fair going on in that period) will it have cars and campers still there?

3rd attempt
2021 I got my wish no clouds but the sun flare wiped out detail. Next year maybe ...
Doing time lapse and video, I did capture geese flying over, that will be a good clip to add.
I capture a great full moon that night. 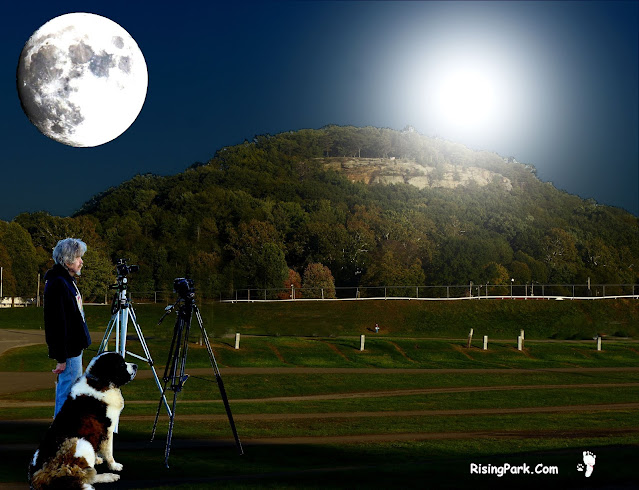 My first two attempts were over by the fence (marked 1). Taking time lapse and video people walking in front and cars driving around added unwanted content.
Time lapse, you can pshop the stills but it is a lot of work.
I am guessing setting a tripod on the race track (yellow 2) on the inside rail so joggers would not get in the capture would work out. 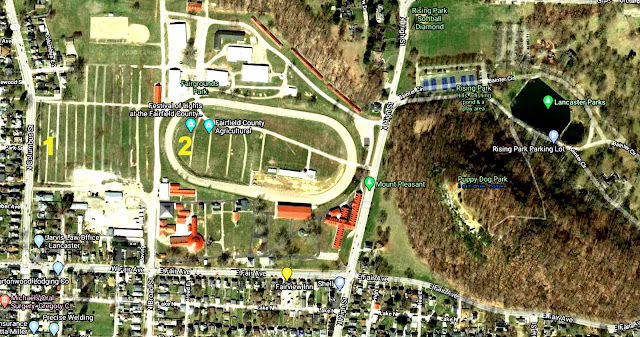 There are some poles and electric lines in the view from position 2, so check that out before u get up early .. that day
There are a couple weeks in the spring to capture the sun coming up directly behind Mt. P. 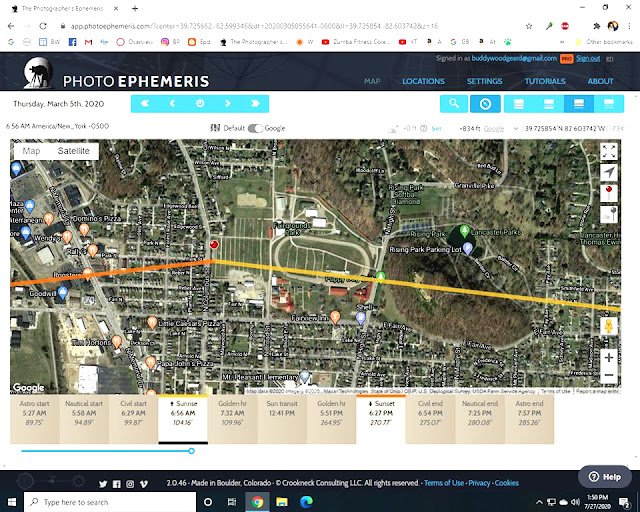 Also there is an app called photopills that some of you might know how to use but I don't have an internet camera so I use the desktop version
You might have an accurate prediction of the days and places to setup.

In October the sunrise will follow this path.
An Intervalometer (for time lapse) can be bought for less than $50. Some cameras have them built in. 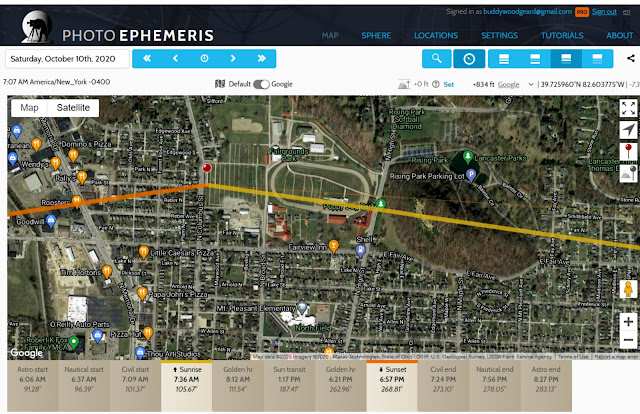 Places to set up a tripod where people n cars won't get in the view on the track inside next to the white rail. 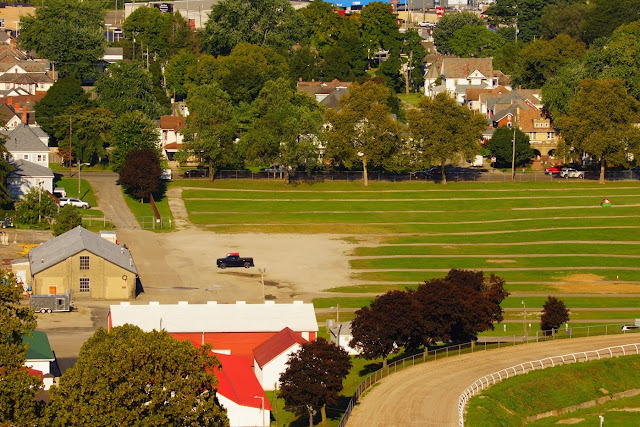 There are sooooo many beautiful photos of sunsets but I have not seen any such sunrise images of the sun coming up behind Mt. P.
Maybe you live in a place where you can see the sunrise, you could hone your skills then if you get froggy take a shot of capturing a sunrise from the fairgrounds. 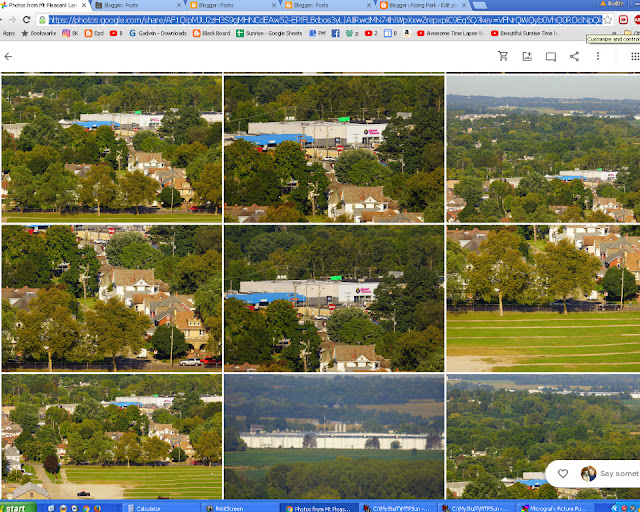