There are endless beautiful photos and videos of sunsets on Mt. P. but no great sunrise images/videos.
Who will help the little red hen this year :)
With the virus thing gone on there might not be a problem if several were there at a distance as long as they did not get in the view of other's camera.

Oct 13th 2020 standing in one of these spots, the sun should appear directly behind Mt. P. and drift to the right coming up. 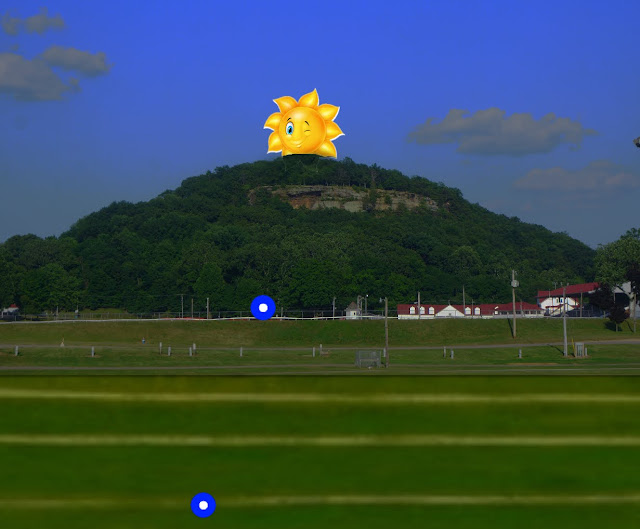 There are a couple weeks in the spring and in the fall that the sun will come up directly behind Mt. Pleasant if you are standing in the fairgrounds.
https://www.youtube.com/watch?v=NQ8Kj50_5q8
2020 I will try to capture a sunrise once more. In the last try a plane left a jet stream in front of it and then a cloud swallowed the sun.
The weather prediction. There is not supposed to be clouds but I wonder if they might make the sky more colorful 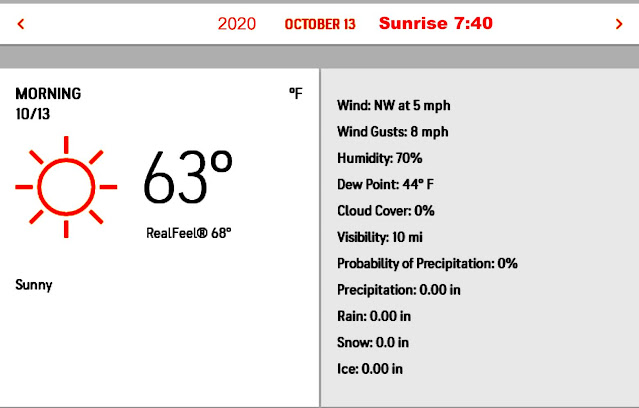 There is a light pole where the pin is so the tripods will need to be just in front. 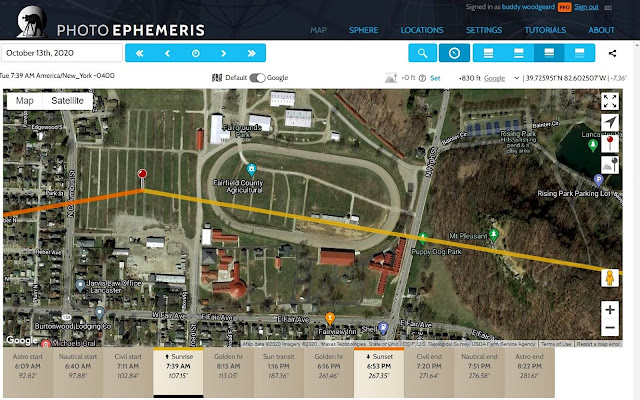 Standing on Mt. P. the area in the parking lot is where I will set up. I would like to set another on the race track so no runners, cars could get in the shots, but only me n someone might take the tripod n camera. 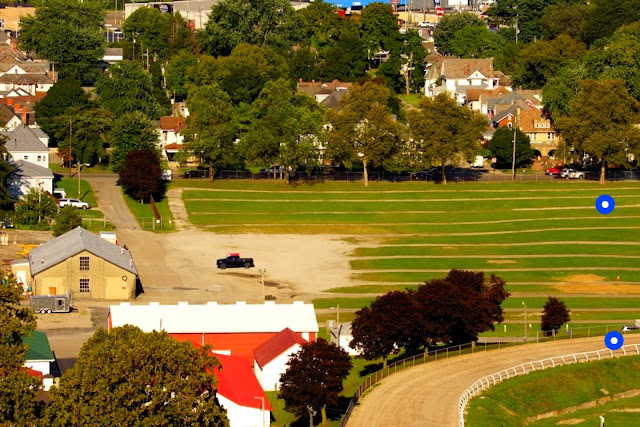 This is the sun setting from my photo on top of Mt. P. I used a telephoto to make it larger. 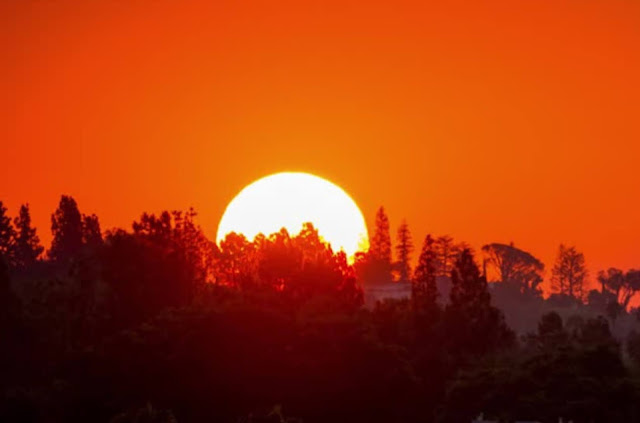 I was about a week early when taking this shot. You see the sun came up to the left instead of directly in the center. 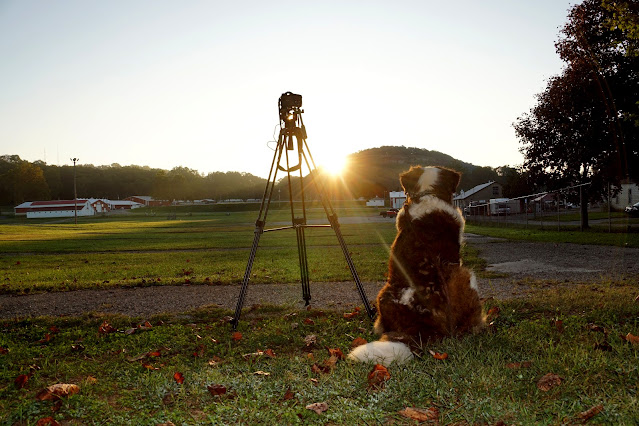 *  Small apertures seem to give the star burst effect
*  Shooting manual focus, the camera will not continue to attempt to focus and eat the battery/
*  People/cars might get in the videos, but if you use time lapse they can be eliminated with a trick..
https://www.youtube.com/watch?v=_jaKH8Bfink

Email I sent to an app guy
Oct 13th
Lancaster Ohio
39°43'30.6"N 82°35'42.2"W
39.725164, -82.595068
1 how long is it from the top of the sun first appears above the horizon till the bottom of the sun appears
2 To capture the sunrise, at what intervals should the camera take pics
Just a ball park guess
Stephen (Crookneck Apps)
Hi Buddy,
1) The sun is approximately 0.5 degrees in diameter. Given that day is 24 hours for ~360 degrees of rotation (more or less), then the time would be approximately (24 * 60 * 60) * (0.5/360) seconds = 120s. Of course, that assumes the sun moves only upwards from the horizon and ignores the effect of refraction (which changes as the sun rises), but it's a close enough rough number.
2) That would all depend on what you were trying to accomplish. Are you looking to do a time-lapse series? Or just get one great shot? If a series, do you want to the sun to overlap? Or do you want a visible gap between each image of the sun?
Assuming a time lapse series, I'd say just shoot every 15 seconds and composite the results in post production as you want them. I should say I've never done that myself in any rigorous way, so others may have better advice.

Some timelapse clips https://www.youtube.com/results?search_query=sunrise+tripod
at 2:29 PM