Local Girl Fall from the top of Mount Pleasant

This was the fifth rescue in four years, including people who fell and others who could not walk down themselves, according to city records.
The summit has a rail, but other areas do not; those include Devil’s Kitchen and other rock outcroppings. 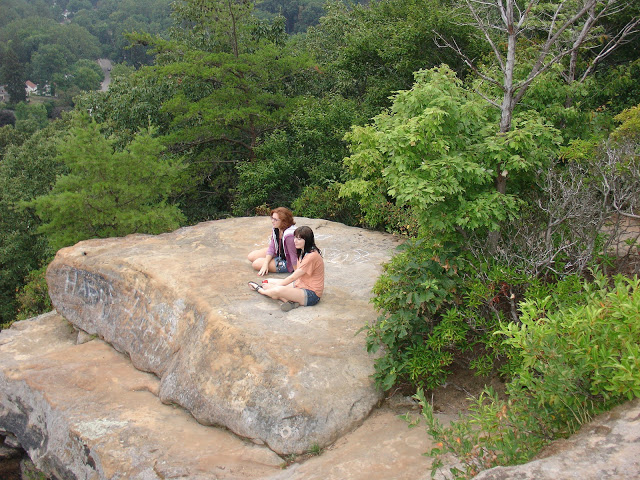 Known as "The Mountain," the cliff is a popular attraction for those wanting to get a birds-eye view of Lancaster.

Lancaster Division of Fire officials said they have responded to at least 5 reported emergencies at the steep rock since 2008. The majority of the incidents involved minors.

The Lancaster Parks and Recreation Department did not respond to an inquiry regarding the possible installations of guardrails and/or safety signs. 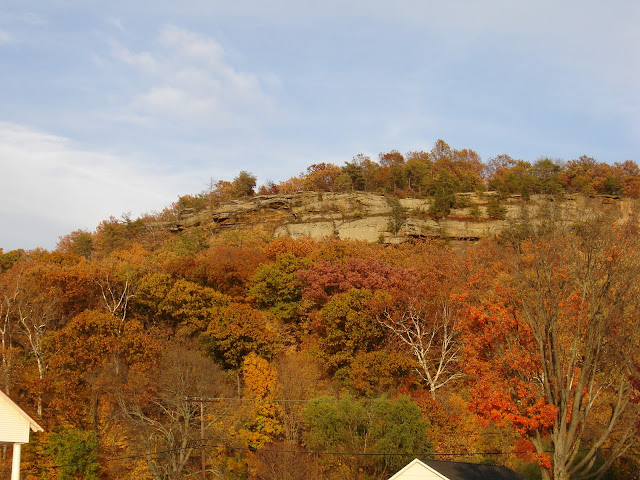 Mount Pleasant is a Lancaster landmark, located in Rising Park and overlooking the Fairfield County Fairgrounds. It is a favorite of photographers, hikers and exercise buffs who enjoy huffing up and down the steep path leading to the summit.


It provides glorious views of the city below. Some people sit out on ledges, as Elizabeth and her friend did.

The summit has a rail but other areas do not, including Devil’s Kitchen and other rock outcroppings. Last year, firefighters used a ladder to rescue a young man who climbed up a rock outcropping and then was too scared to climb down, Assistant Chief Jack Mattlin said yesterday. "There’s no prohibited areas that I know of," he said. "People need to be responsible. It’s very sad that this little girl fell. It’s so rare that this happens."
=======================================
On that day I was taking PuppyDog to the park and they had the road blocked off so I went over to the fair grounds and parked.
The news reporters said there were accidents there 5 times since 2008, I had been coming there for about 2 1/2 years after I lost my wife and I know of multiple times kids had busted their heads on the rocks, got stuck and they are always on the edge. 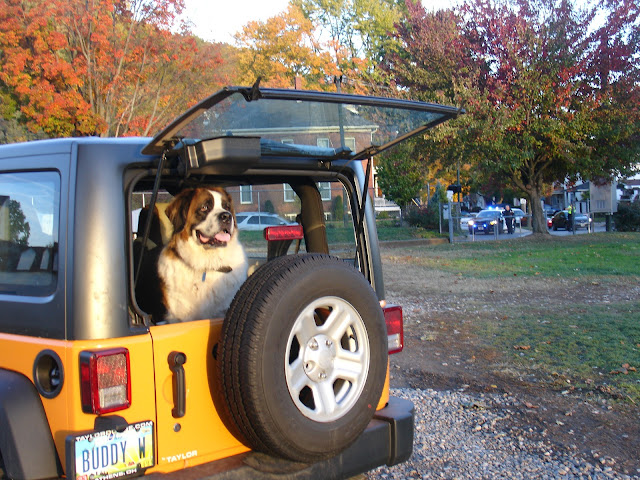 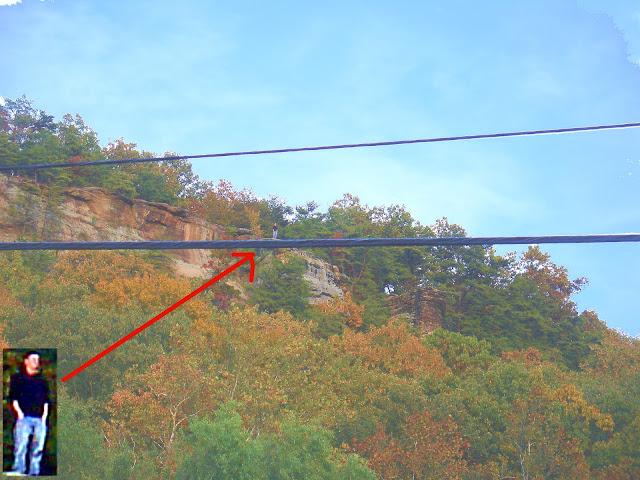 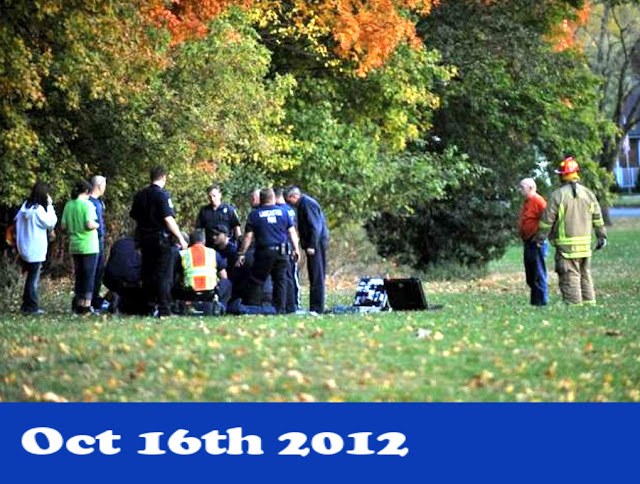 The police blocked the road, getting ready for the copter to fly in. 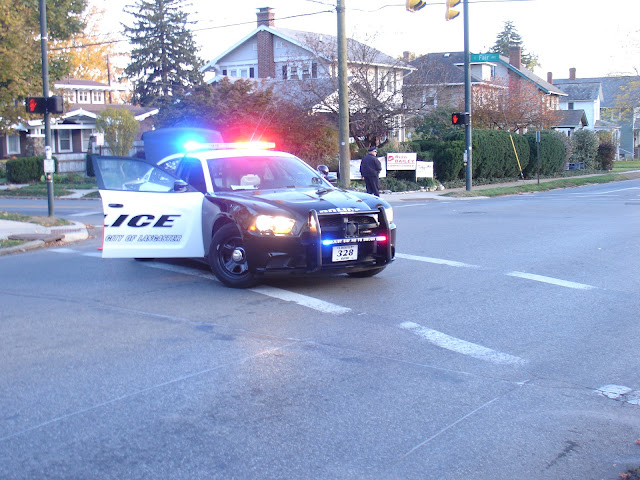 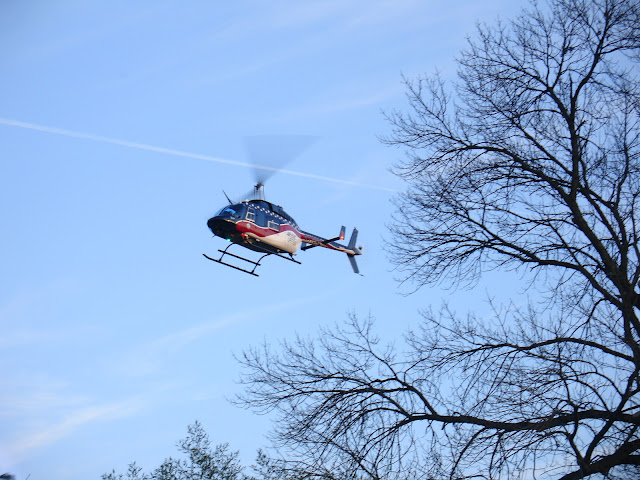 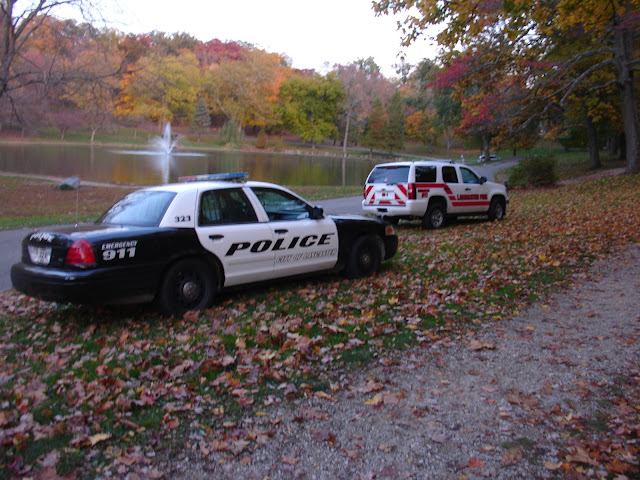 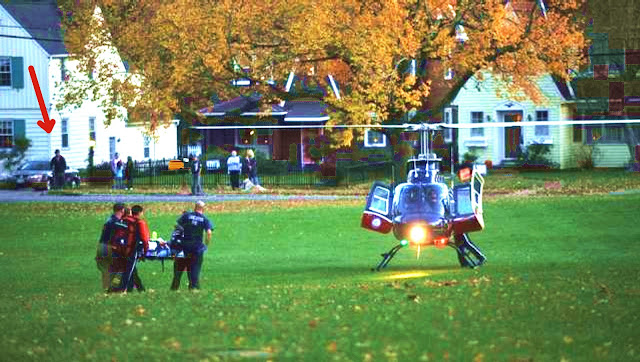 She was  unresponsive and bleeding heavily from her head. Medics treated Lizzy before she was taken by Med Flight to Nationwide Children's Hospital, where her condition were unknown that night. 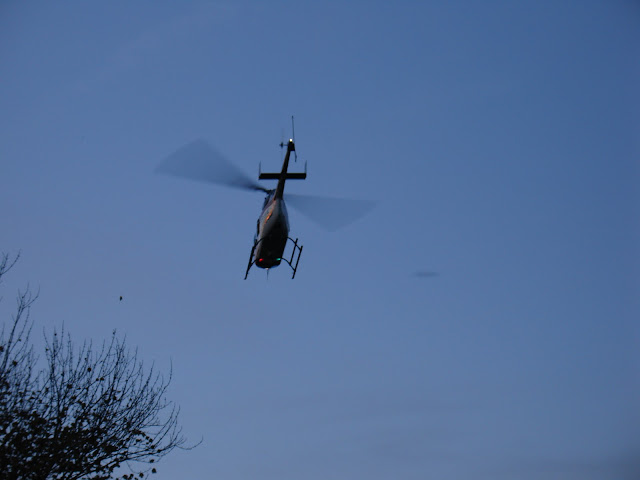 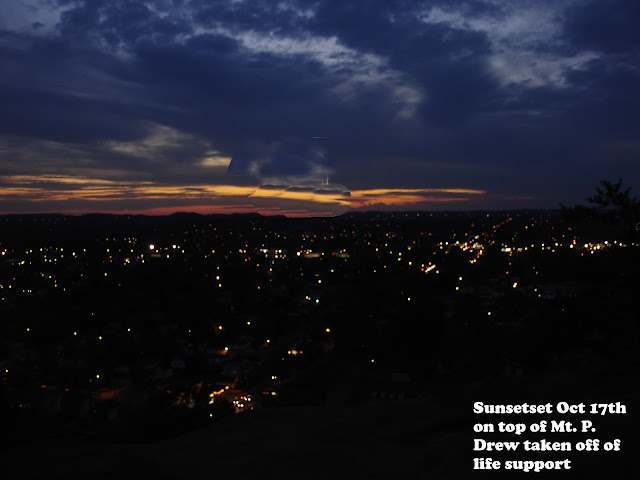 If you are on top after dark, instead of a "candle light service" maybe a phone light service with your friends for a couple minutes. 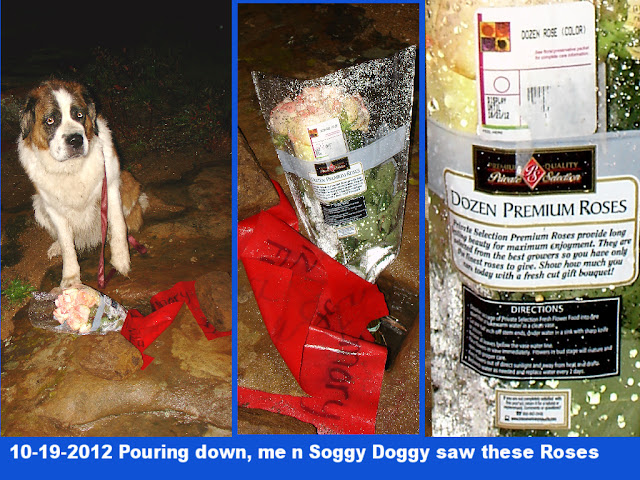 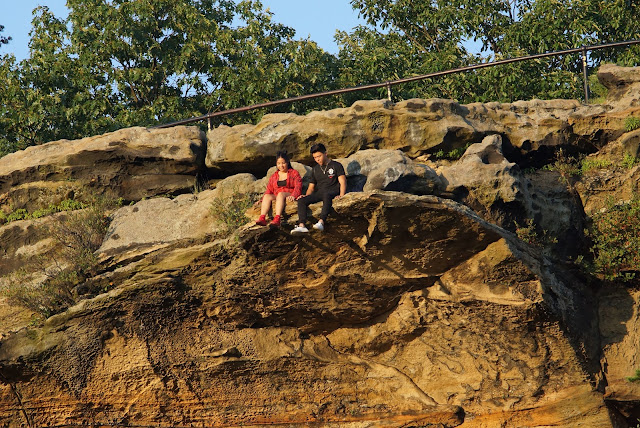 I watched these two climb down to this ledge. I think it is the area where Drew fell.
I think she would have graduated in 2019. I imagined what the top of Mt P would look like if all the kids around here graduating that year.. if they all stood on top at 6:00 on Oct 16.

Some people left flowers at the bottom of the trail n on top too. 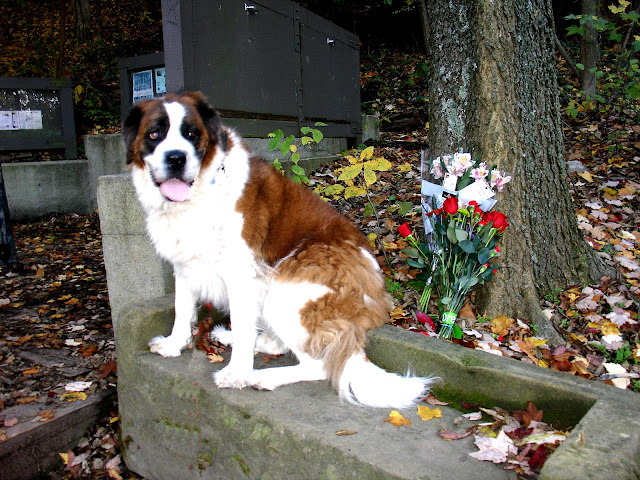 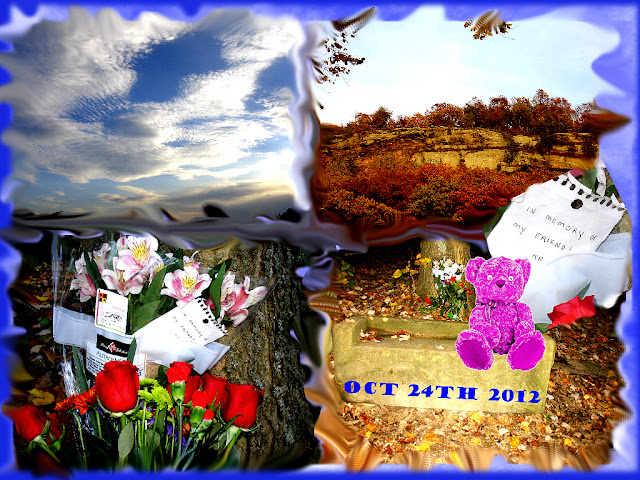 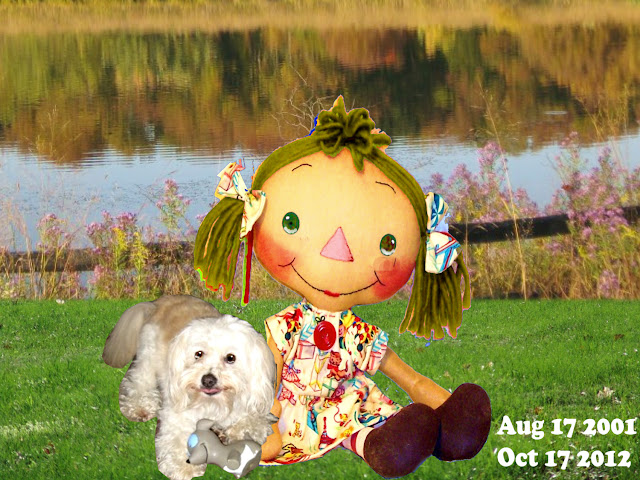 A self-professed "Tomboy" had an adventurous nature and loved the outdoors. She enjoyed drawing, painting, making beaded jewelry, the Beatles and the group One Direction. 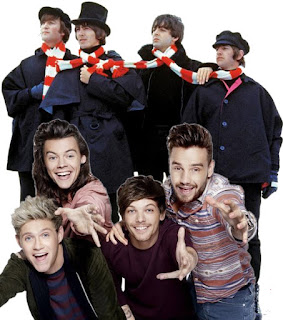 She loved going to festivals and rode the Typhoon five times in a row last week at the Fairfield County Fair.

Drew participated in Relay for Life and Walk-a-Thons for different charities. . Drew was well-loved  and will be dearly missed by her many family and friends.

Just added the new pics below n looked at her mom's page with a new post... n see they still love the park .

One of my friends said it is kind of a right of passage for local pups to walk to the top, sit on the edge n look over our city. This year (2016) someone else fell from the top.
Any decent day of the year you will see em standing n sitting up there.
When I go to town I take a loop out of my way to pass by. 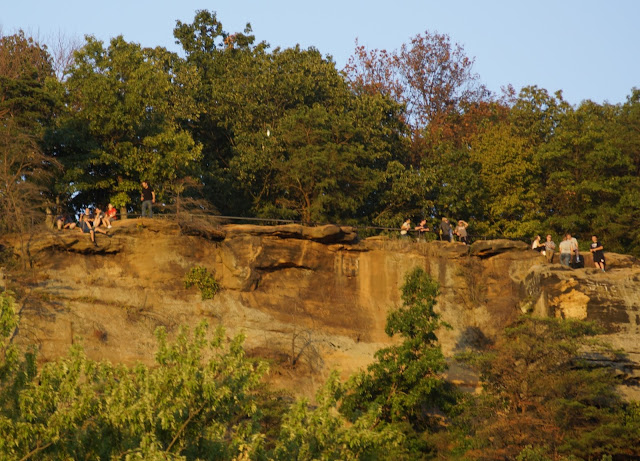 Drew's school Ewing created a memorial but the school was demolished ..
Radio interview with Kelly April 2013  1    2
-
Through out the park are memorials people put there.. flowers, trees, bricks .. with names on em and park benches. I thought it if a bench was put there for Drew... cept I would put one on top. People can sit on the ground or lean against the rail.. there is no bench there.
Instead of names, there could be a link to photos and bios 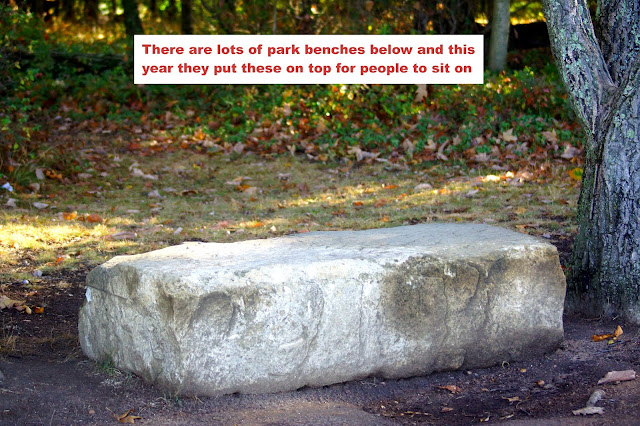 As I write this part, it is the anniversary. The idea has been spinning in my thoughts so I called and asked if a memorial bench could be placed on top.. I have to call back Tuesday
https://www.ci.lancaster.oh.us/DocumentCenter/View/2590/FOTP-Brochure?bidId= 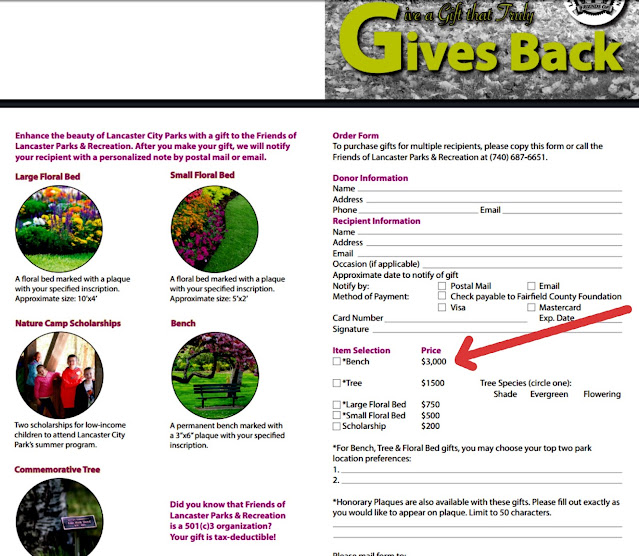 If it is allowed it costs $3000. I called the bank and the girl told me I could do a personal account thing where people could donate. I would have to open it for $300 (no problem)
Gofunding .. they take a cut of the contributions.. ugh
I am an old guy so might put the mom or sister on the account.
(Better yet I could give the family the $300 and they could do the project account in their names )
There might be some businesses to donate too.
Selling photos. Lots of people buy photos of beautiful places to put on their walls.
Every once in a while I capture an iconic photo from the park.
I thought some people from our area might buy photos for gifts.
( cost to have them made + $$$ to go toward the bench cost)
What would go in the dedication caption.. guess the family could decide if they wanted anything
Lost Puppies
A link to photos or a web page.
Caught these two in a candid shot, Wondered if their mom would have seen em... but if from around her, she would have likely been up here too 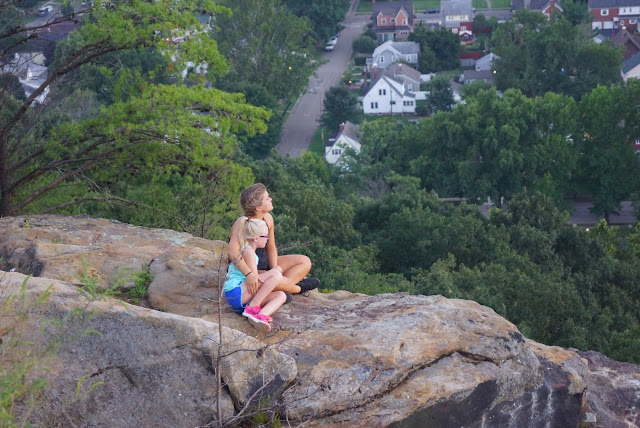 Through facebook, I visit the family of the Pumpkin that fell. Didn't make it to LHS but her sister graduated ..

The last entry I will add to this page.. 2019 May after seeing prom pics pop up I thought of graduation and read some of the kid's chirping a couple days later it was so nice I took the big lens in to photograph from the fairgrounds.

I saw two kids one behind the rail and appeared to be talking to the other. (post 35)

I took 5 pics guessing they were talking about one of em going over to the edge and the other taking their pic. 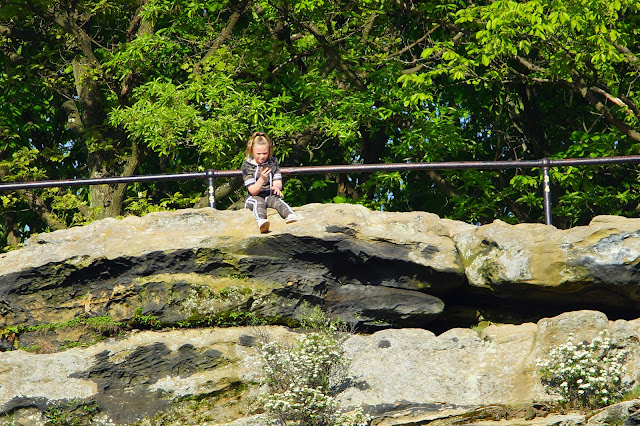 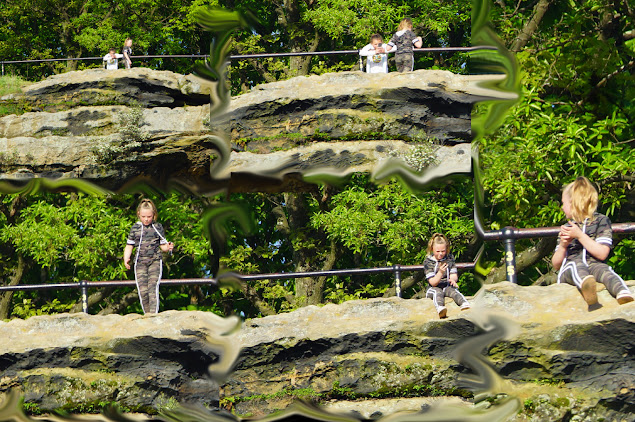 Lancaster Girl Who Fell From Mountain Remembered By ... - NBC4i

Lancaster girl dies after Tuesday's fall from Mount Pleasant | The ...

Girl, 11, Dies From Injuries After Falling From Mount Pleasant ...

People have been placing memorials in Rising Park for years.
Has the park retained the records of markers and their location?

I have tried to get pics of everything that goes on the park. I and   many others walk by markers with out a thought about the people those names belong to.

There are lots of people here into geocaching.
Geocaching clubs plant objects and record the gps positions then others search to find them.

I thought mapping out markers would be a project local geo gamers could take on.

These mappers would record something like this:
Taking names from markers
Donald Duck 39.727784, -82.591614
Markers can just have the names but the web page of this person can have a complete biography

Google (and many others) have free blogs. A blog page is just like a web page.
The title of this page
Donald Duck 6/1/1943

I suppose in time there will be people with the same names have a marker placed and adding the birth dates would identify them.
I think some of the markers have the names of people still alive.
They want to support the park and have one of the memorials put there with their names.
Adding the birth day to the names in the subject line of the blog page would let anyone have a marker there.

i.e. going to risingpark.com/home.htm (not an actual page)
There would be a search widget.
By typing in the name of who you were looking forward a list of all pages with that name would be displayed

When that page loaded it would have the person's name.
Photos of them, videos it could include a biography of them.

I think people place markers in the park because they want loved ones to be remembered. Some want to support the park too.
I guess it might be like an interactive museum that displays information when prompted.

Of course it would let the public to look up the names on the plaques of those who donated property, time and were involved in the promotion of the park through the years.

Photos of those people and little stories would do more for me than names alone.